Photos of the water trails: 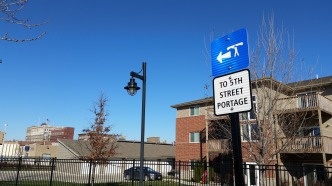 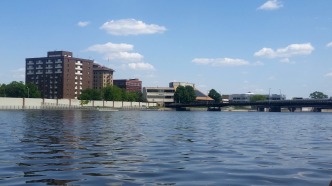 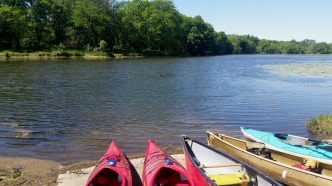 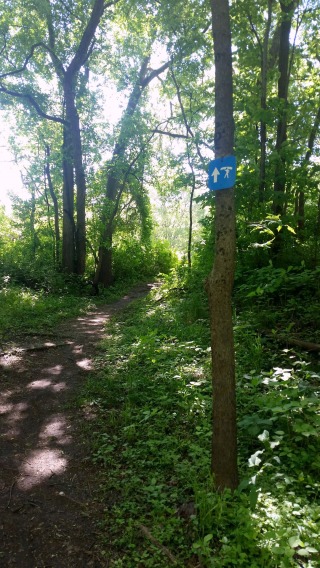 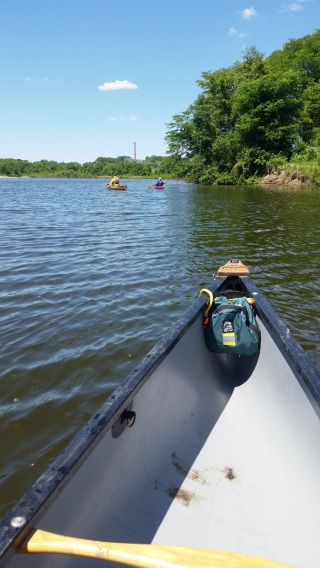 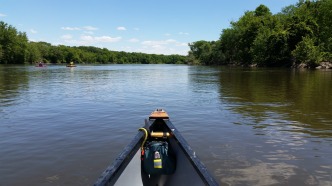 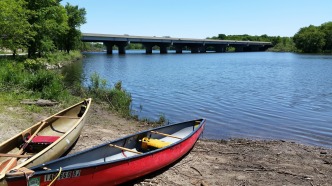 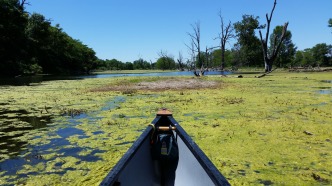 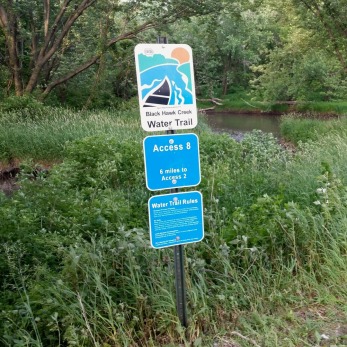 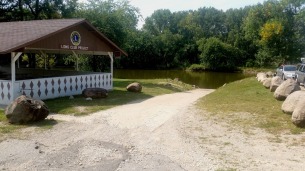 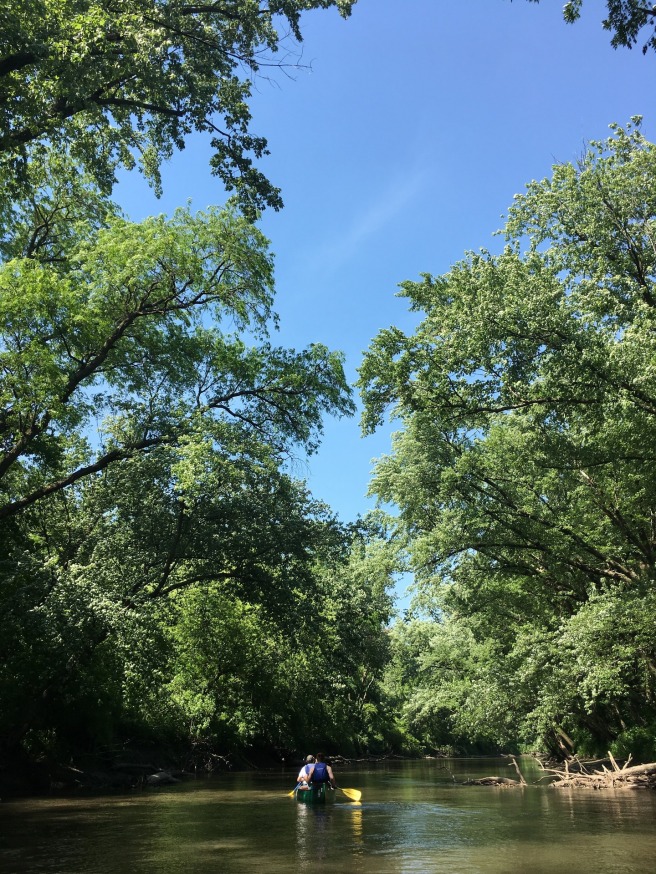 Two public meetings were held to gather input on the Water Trails Master Plan.  Meetings were held at the Island Park Beach House in Cedar Falls on July 31, 2018 and the Waterloo Boathouse on August 2, 2018.  The meetings were open-house format, and the same materials were presented at each meeting.  A total of 75 individuals attended the two meetings according to the sign-in sheets.  Each meeting space was divided into four sections:

In addition, several displays were situated throughout each meeting space.  These displays covered a variety of topics related to water trails topics:

Discussions took place between meeting attendees and staff throughout the meeting space.  This provided attendees the opportunity to learn more about the water trails process before filling out their survey form.

Meeting materials including the input surveys, informational handouts, and displays are shown in Appendix A.

As described previously, meeting attendees were given multiple ways of providing input including the pushpin activity, survey form, and drawing activity.  The results of these surveys are shown below.

The survey form and activities were also available online.  The online surveys were promoted on the Cedar Valley Water Trails website and Facebook page.  The pushpin activity and drawing activity were presented in the form of multiple-choice questions.  In addition, a mock run-through of the public input meetings was held on July 30, 2018, and members of the steering committee were encouraged to provide their input on the activities and survey forms.

Altogether, 92 individuals participated in the survey process.  This does not include two additional individuals who contacted the Water Trails Coordinator directly via phone and email.  Figure 3-1 shows where the responses were collected from, and Figure 3-2 shows where each survey respondent is from. 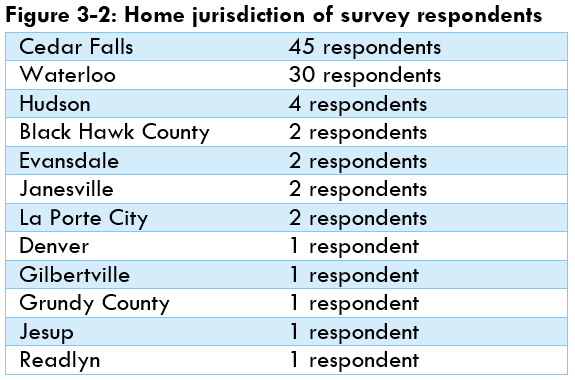 The first activity at the public input meetings was the pushpin activity where attendees identified five places they would like to see investments made along the water trails.  In the online surveys, this was asked as Question 2: “If you could make five investments in Black Hawk County to improve paddling and boating, where would you make these investments? You may type the same area more than once.”  A link to the map shown in Appendix A was also provided.

Several responses provided online were not suitable for this exercise, such as “Cedar River” or “Improved access”, and therefore were not included in the final results. 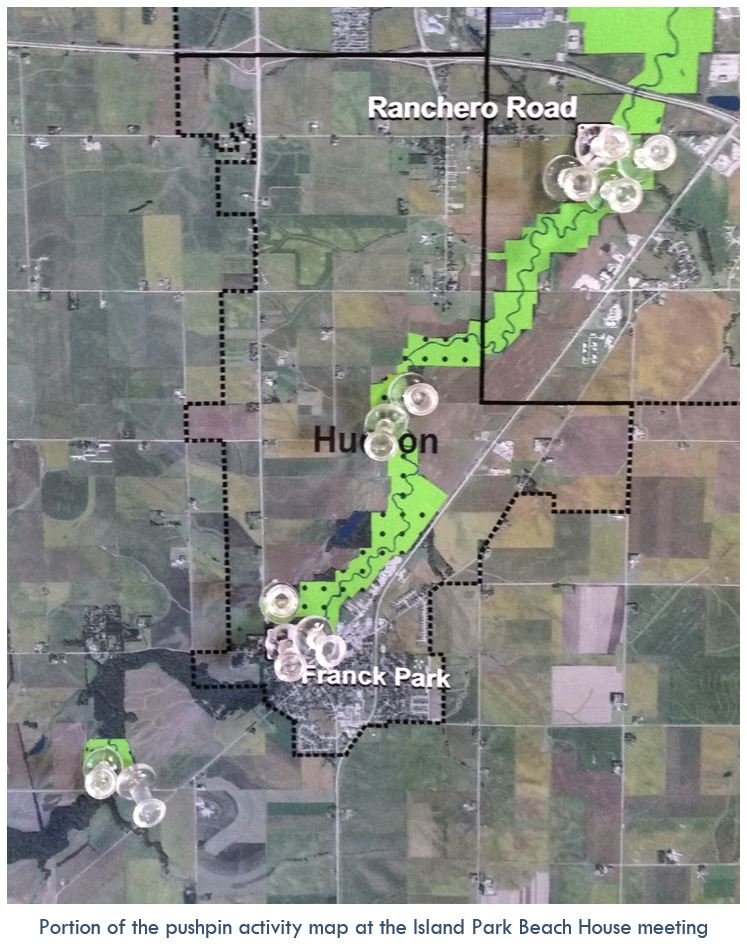 The size of the physical pushpins became problematic at the public meetings.  After about a half-dozen pins were placed at a particular access, it became impossible for additional pins to be placed at the same location.  Accordingly, some liberties were taken in the analysis, particularly along the section of the Cedar River between the Washington Union access and George Wyth State Park.  Many pins in this area were assigned to the nearest river access or lake.  If this exercise is used in the future, smaller pushpins or fewer pushpins per respondent would alleviate this problem.

Figure 3-3 shows the top areas identified in this exercise, arranged by jurisdiction.  These results are likely influenced in part by the location of the public input meetings.  Figure 3-4 shows these results graphically on a simple map of the water trails. 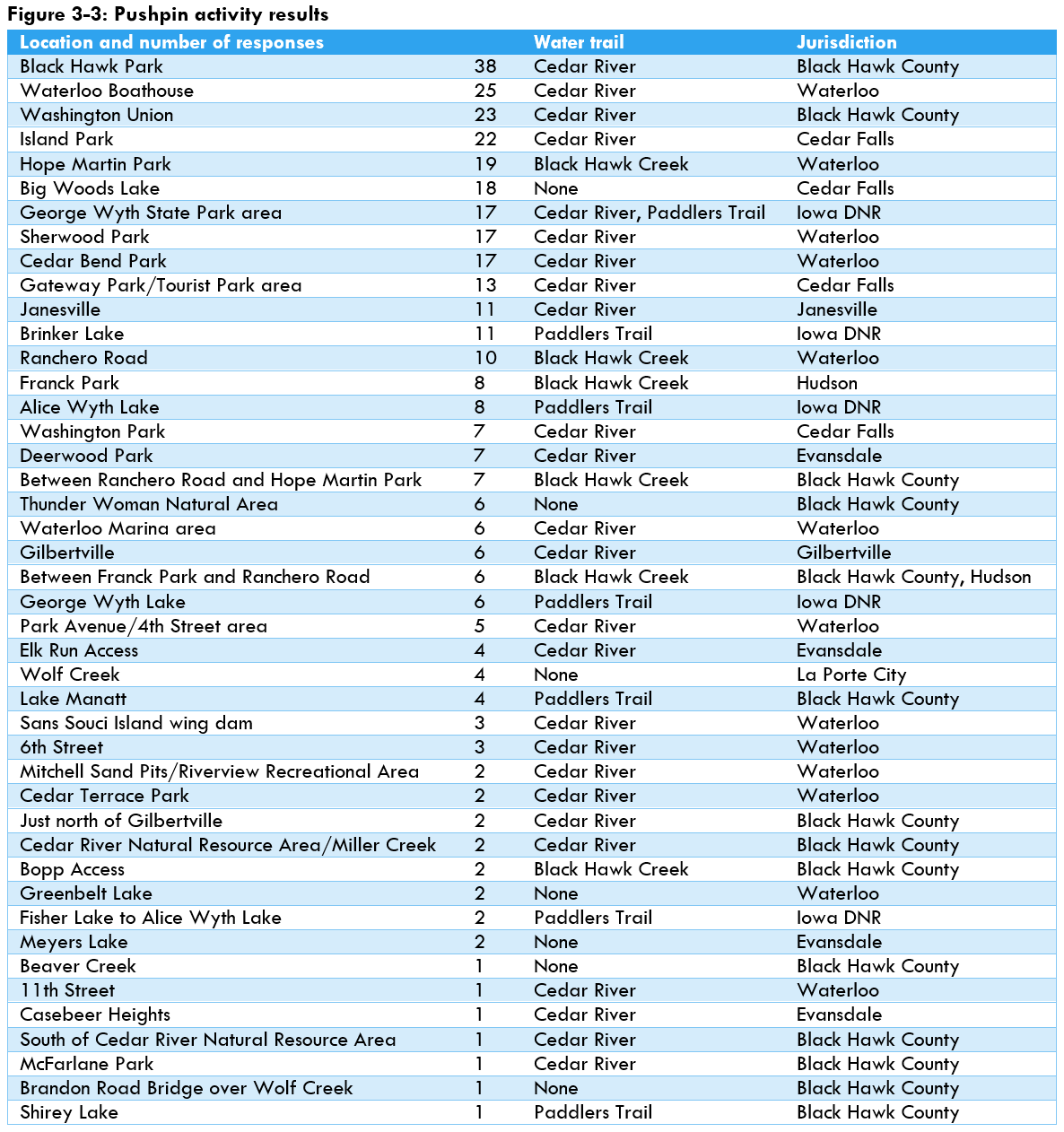 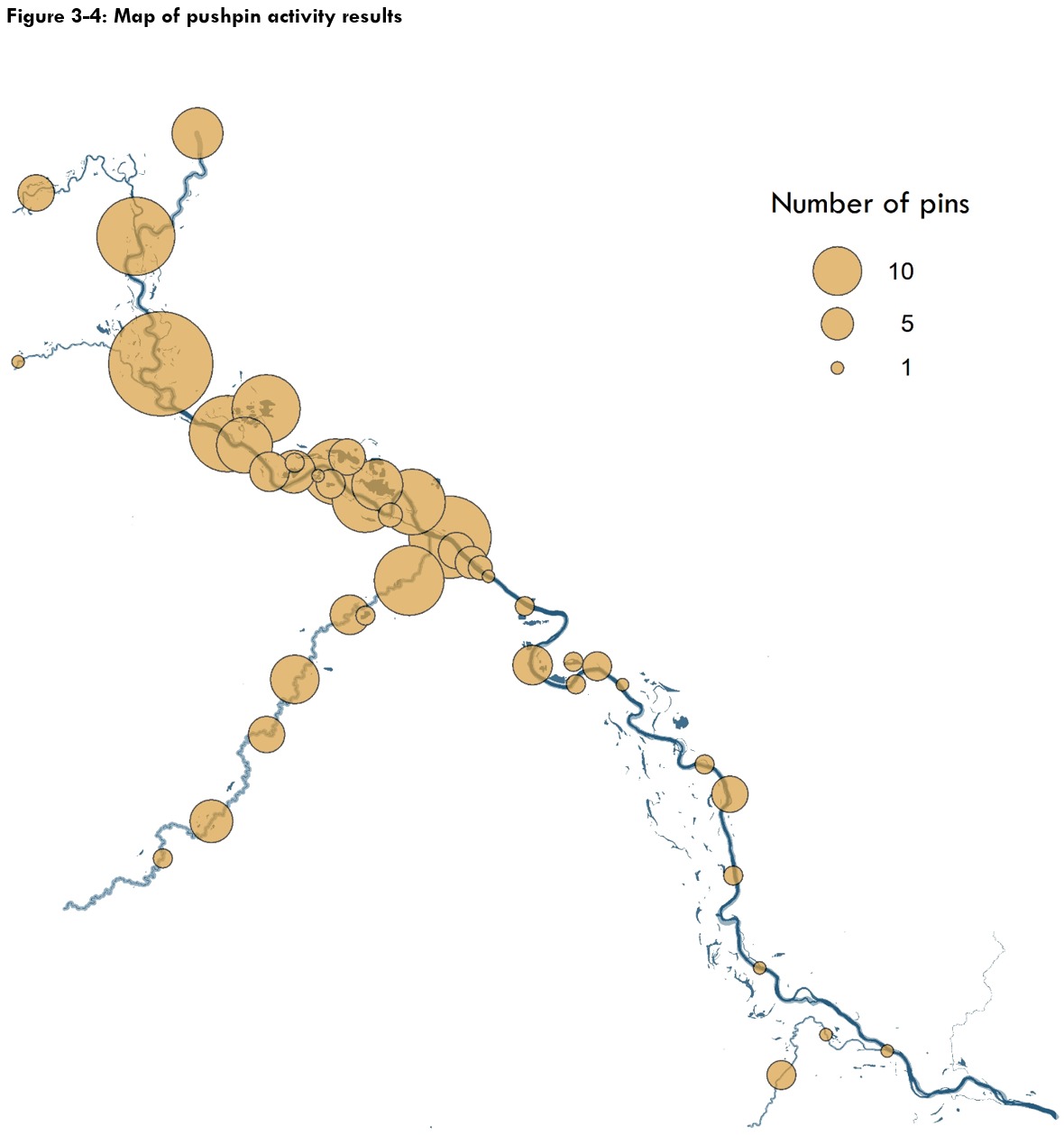 Survey forms at each public meeting were double-sided with a drawing activity on one side and a questionnaire on the reverse side.  The drawing activity asked respondents to select one activity (e.g. kayaking, power boating) and highlight their favorite day-trip on the map.  There were some inherent challenges with this activity, as many respondents highlighted more river segments than could reasonably be part of a one-day trip.  Instead of including only those responses that followed the instructions, it was decided to include all of them to maximize the response rate for this activity.

Figure 3-5 shows the number of times each segment was highlighted, by activity selected.  If a respondent selected multiple activities, the drawn route was counted for each activity.  Some liberties were taken to ascertain whether different segments applied to different activities.  For these reasons, totals are not shown in this table, as that would skew results towards those respondents who selected more than one activity.  The number of responses is underlined for segments that are the most popular for a given activity.  Figures 3-6 through 3-10 show these results geographically by activity type. 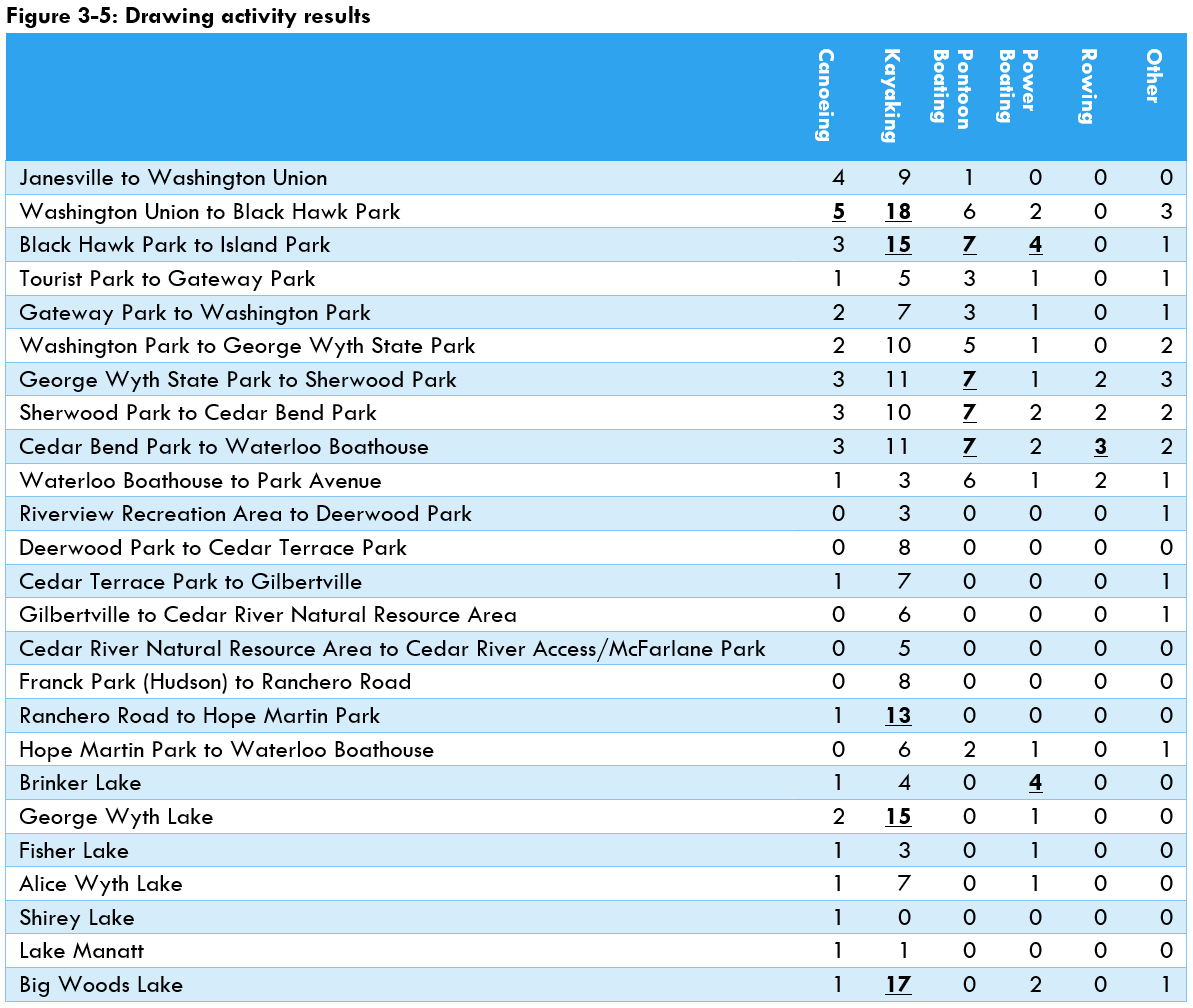 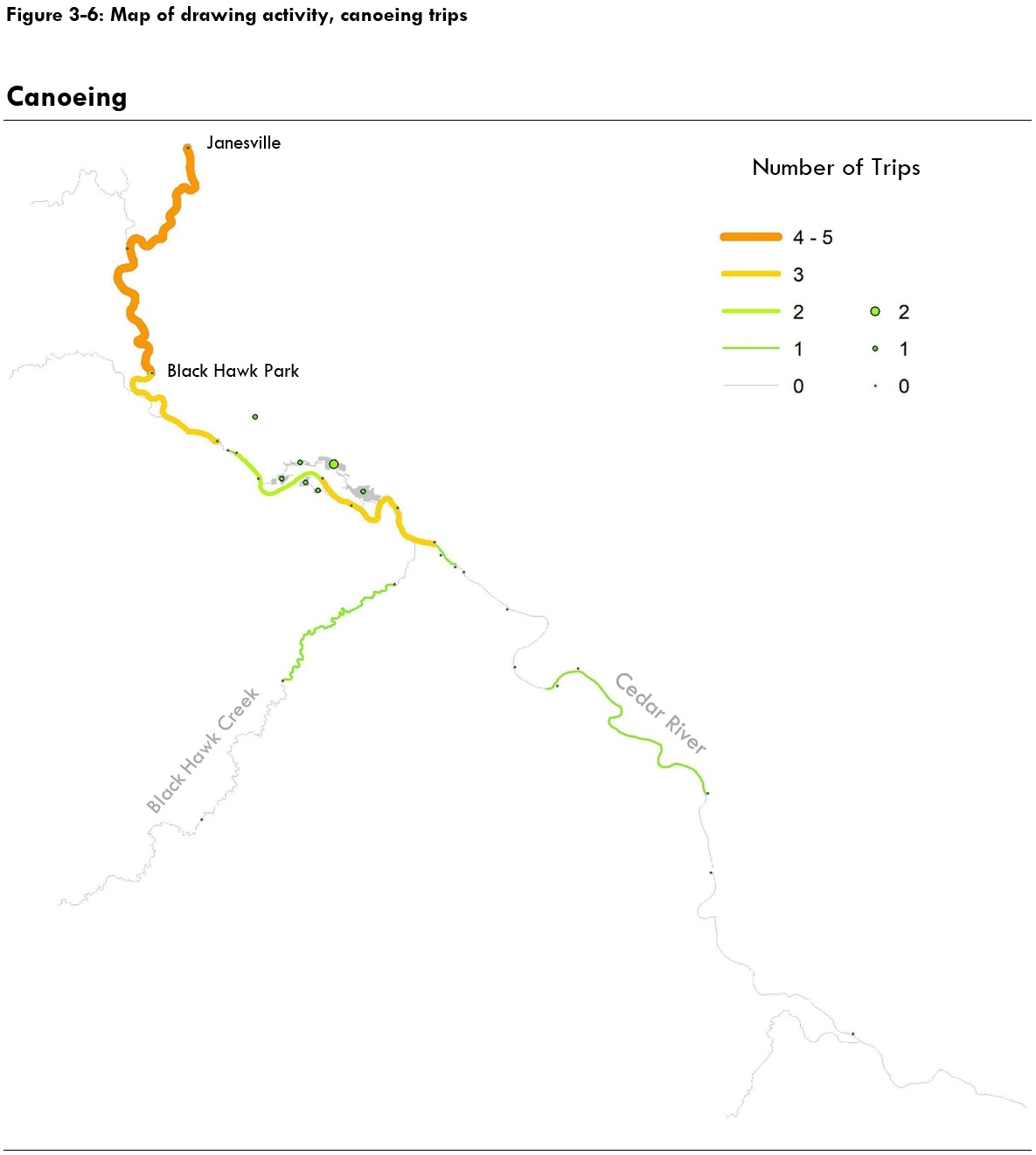 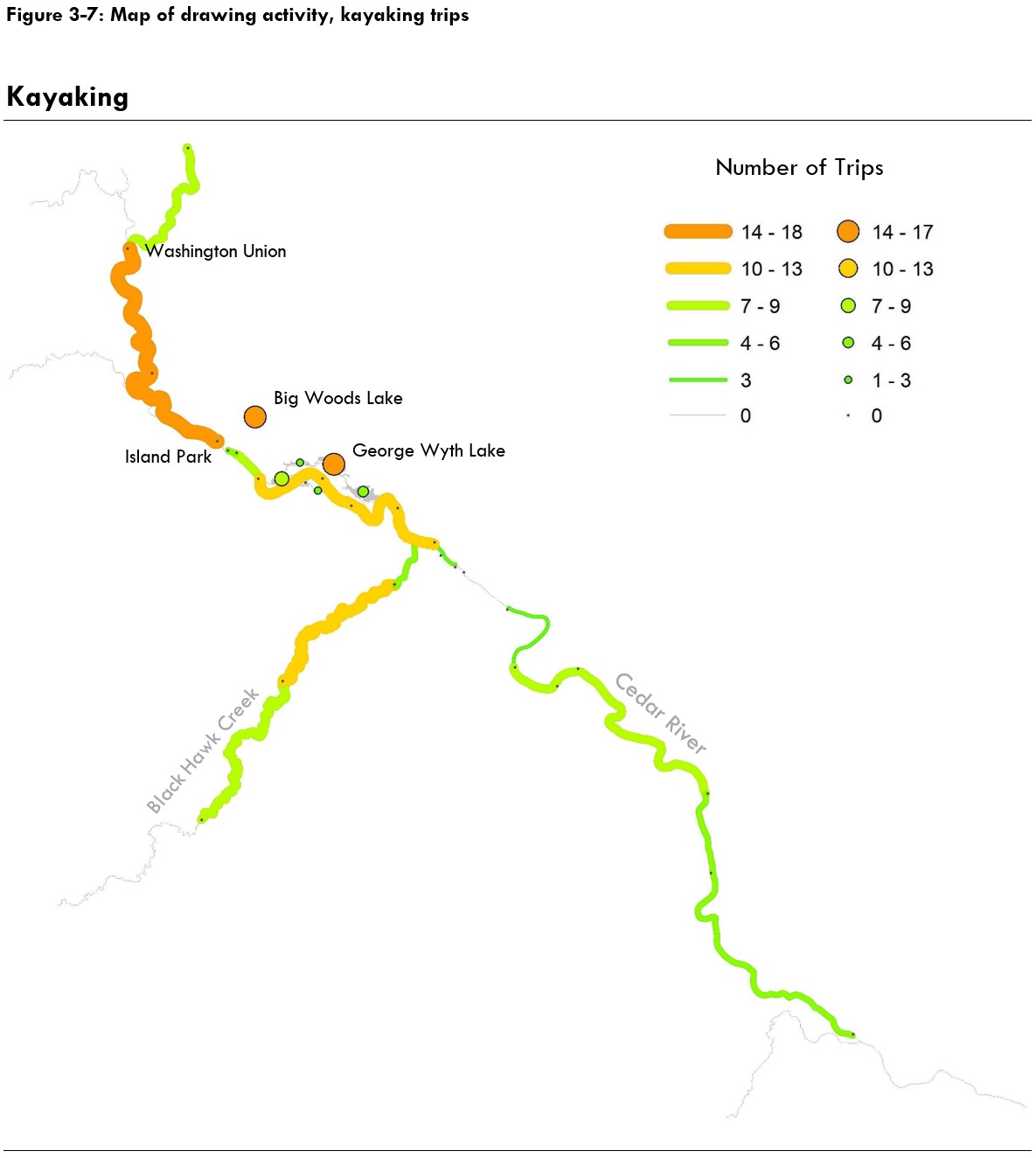 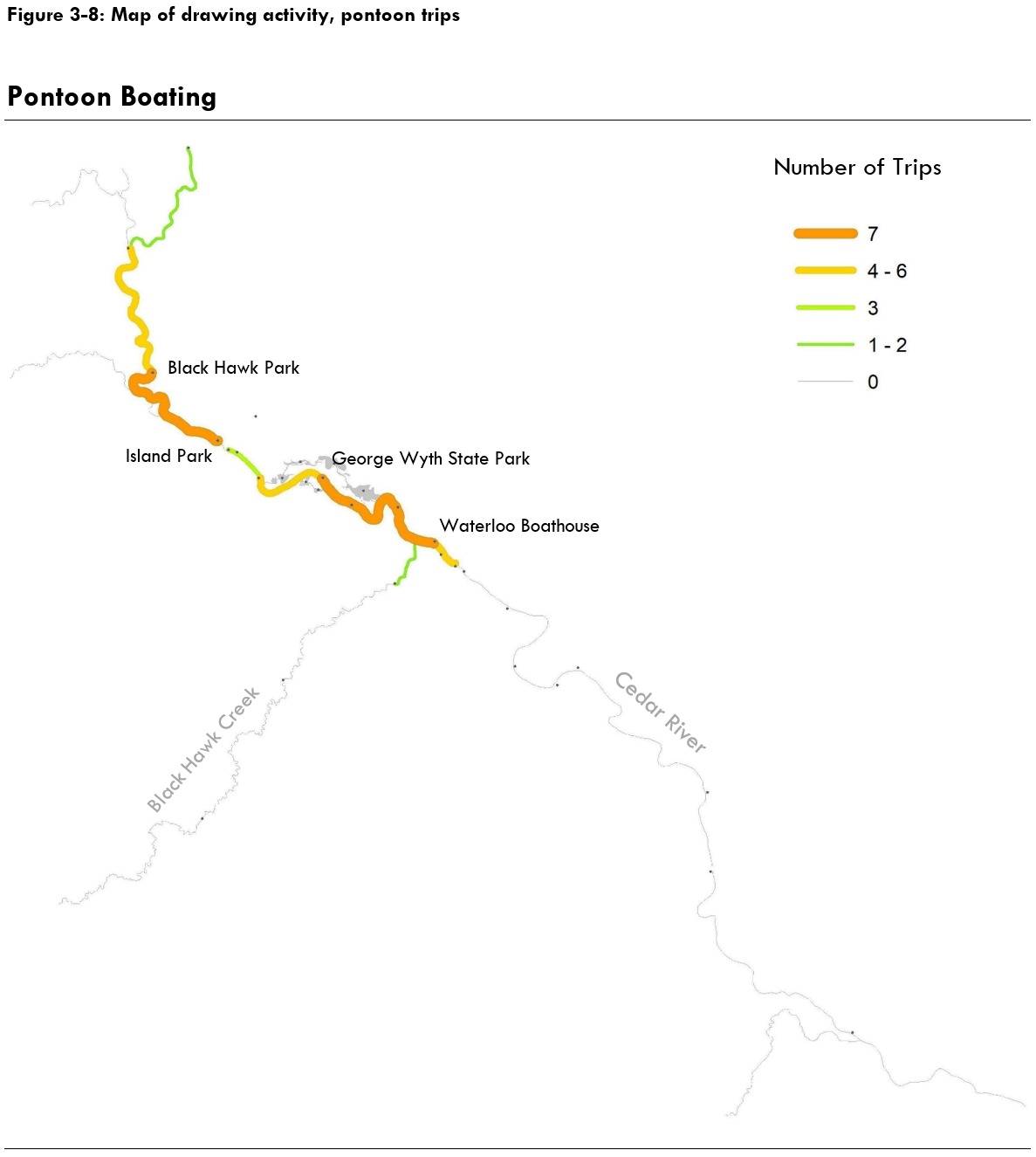 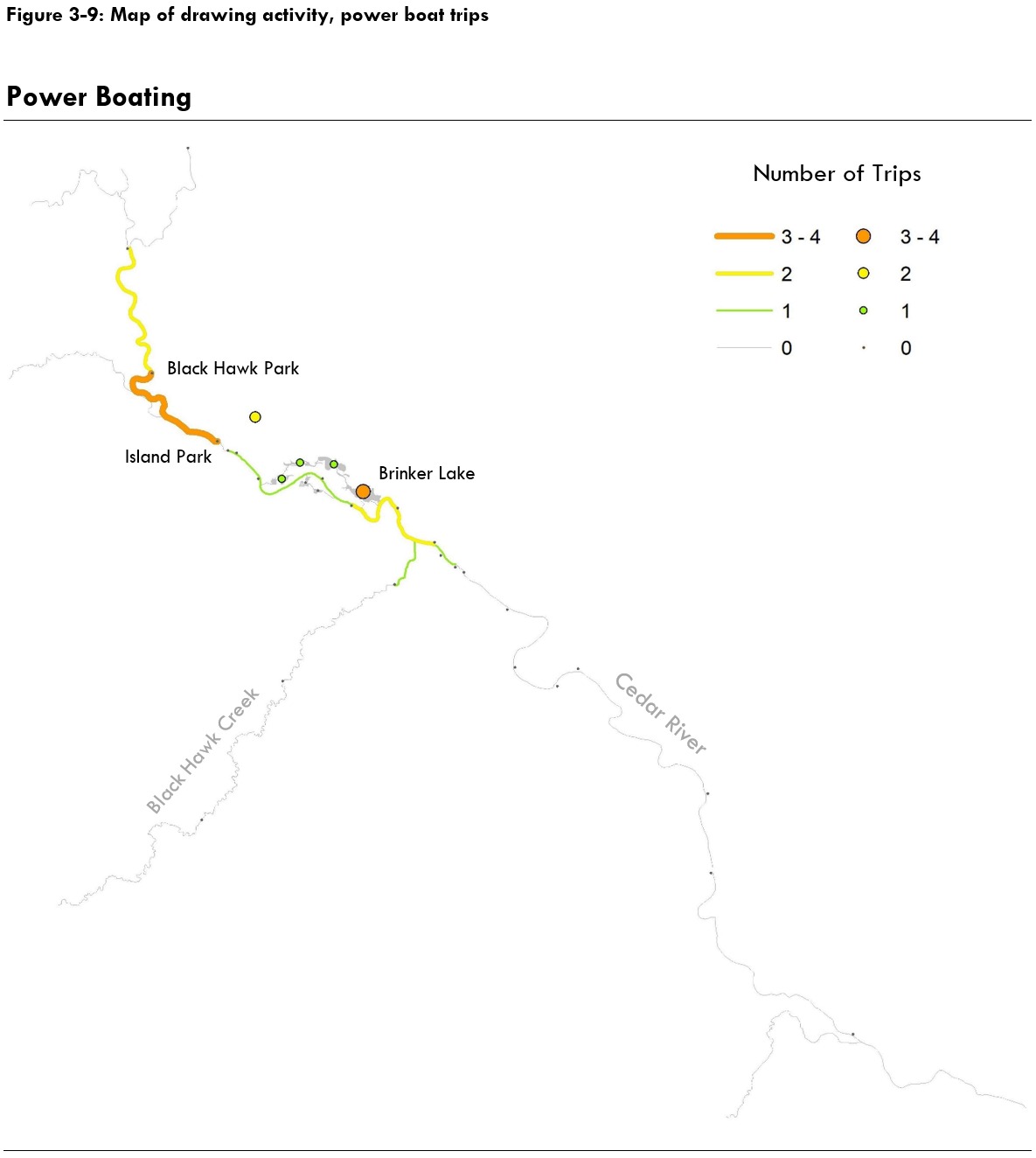 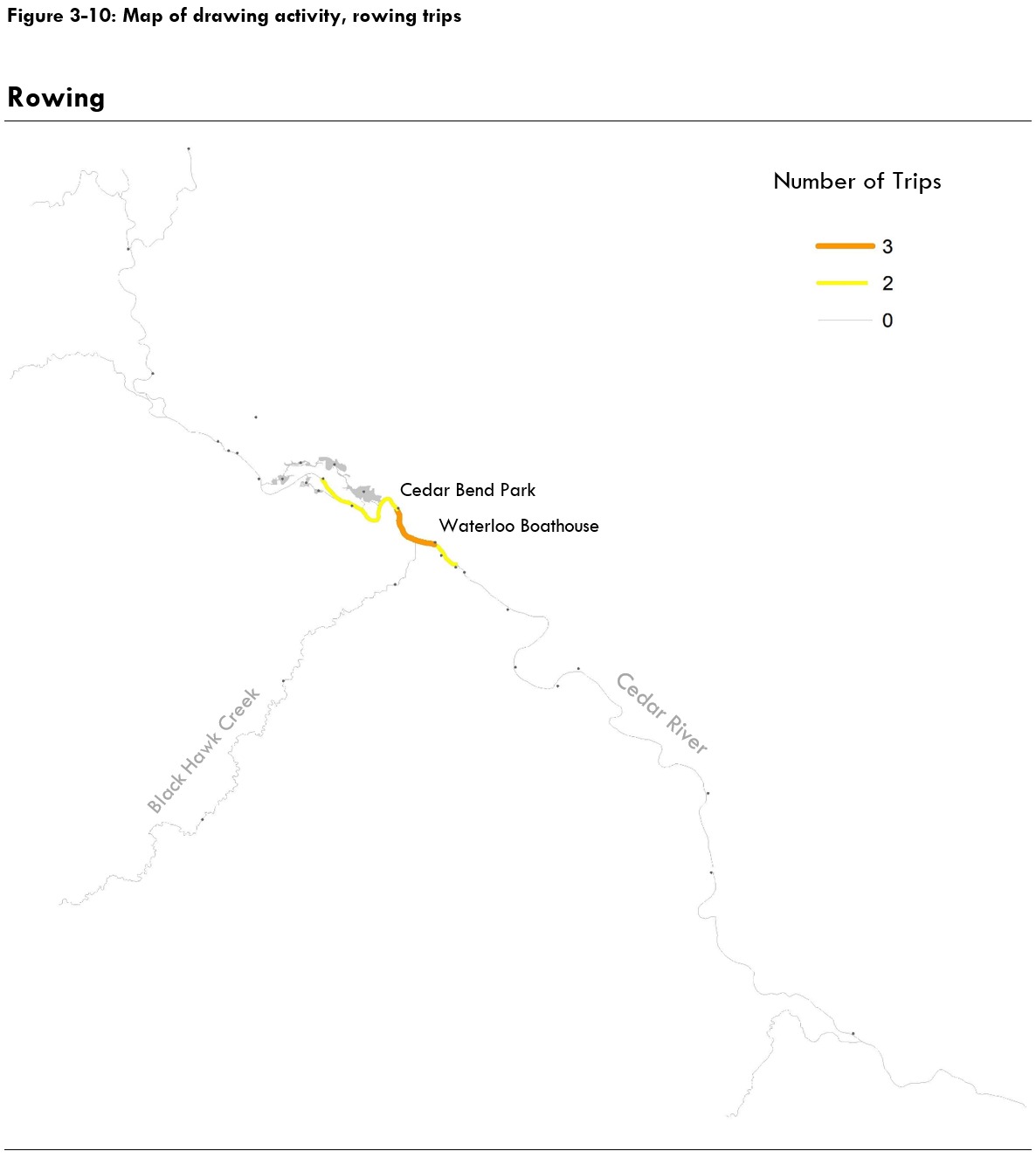 All remaining public input received at the public meetings was obtained using the survey forms shown in Appendix A. The first question on the questionnaire asked what city the respondent lives in.  The next three questions asked the following:

There was a wide variety of responses to these three questions.  Each response was site-specific to a particular river access area or lake.  Accordingly, these responses are included for each respective area described in Chapter Four.

The next question asked, “Have you ever integrated bicycling into your paddling trip?  If so, where?”  The results of this question are shown in Figure 3-11: 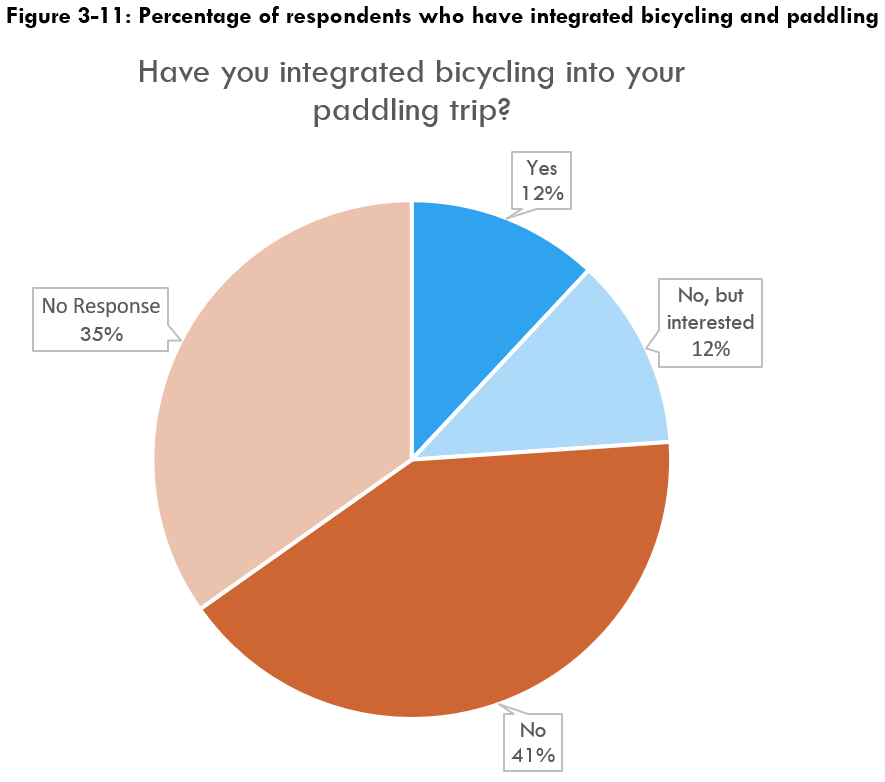 The next question on the surveys asked, “Is there anything law enforcement and emergency response officials should consider to improve their service and the safety of the rivers?”  This question was added after coordinating with the Black Hawk County Sheriff.  A variety of responses were received and are shown here.  These responses can be grouped together by overall theme.  Figure 3-12 shows the themes respondents addressed in their answers to this question. 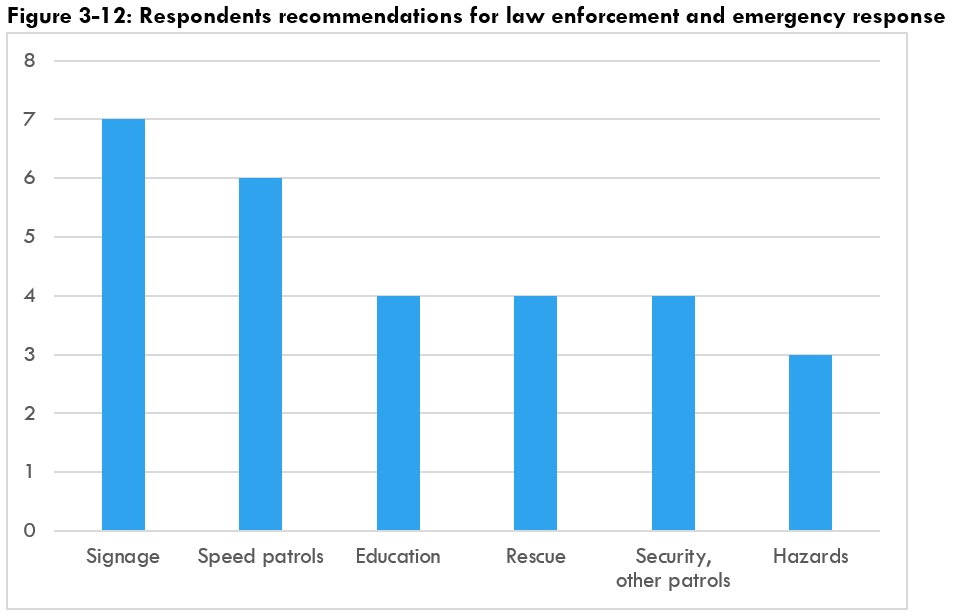 Respondents were then asked if they would participate in an “Adopt and Access” program and volunteer to clean up the access areas on a regular basis.  In all, 17 respondents provided their contact information to offer to volunteer.  Several other respondents indicated they already clean up access areas.  Individual responses to this question are not included in this document.

The next question asked, “What improvements would be most beneficial to you between the river and your city’s downtown area?”  This question in particular was added to identify potential additions to the proposed projects in downtown Waterloo and downtown Cedar Falls, though the results can also be applied to other communities’ downtown areas including Gilbertville, Hudson, and Janesville.  A variety of responses were received for this question as well, and they are included in Appendix C.  Responses can be grouped together by the following themes shown in Figure 3-13: 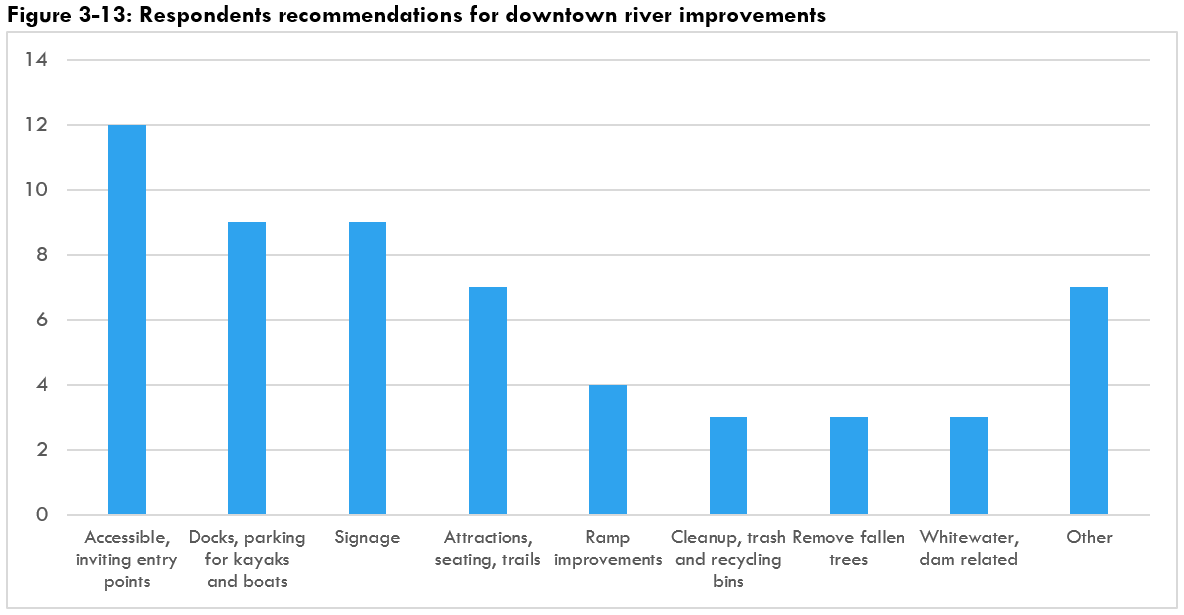 Results of this question can also be displayed as a word cloud.  A word cloud takes every written response and scales each word by the number of times the word was used.  This can show common themes among responses.  Figure 3-14 shows a word cloud for the question, “What improvements would be most beneficial to you between the river and your city’s downtown area?”

The last question of the survey asked respondents to rank the following list in order of what is most important to them:

Figure 3-15 shows the results of this question.  Some respondents did not provide a ranking for all six categories.  In those cases, the responses they gave were included in the analysis, and non-responses were not included and do not affect the average rankings.

Overall, respondents valued accesses that are clear and free of trash and that function for loading and unloading.  Water quality and habitat improvements also ranked highly among the six options.

Projects Recommended by the Public